Smart Window is  a window whose light transmission properties are altered when voltage is applied.

It can replace the blinds or curtains indoor and the tinting film in vehicle. 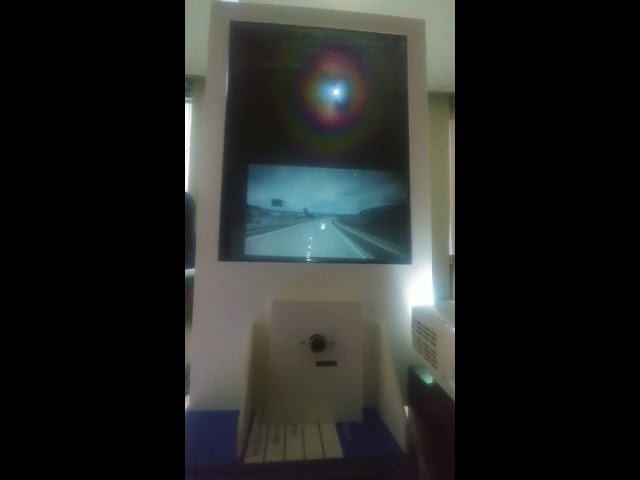 There are two main benefits.

It almost completely shadows the sunlight but the ambient light is very slightly shaded. So, it does not disturb customer’s sight.

It is because the driving voltage is as low as 5V or less and the specific transmittance preferred in the primary use environment is given in voltage off-state. 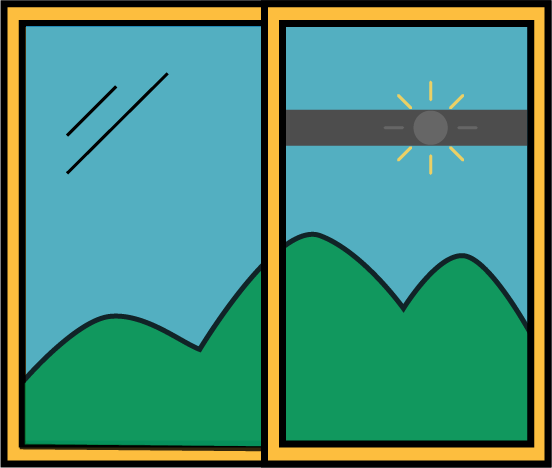 It almost completely shadows the sunlight but the ambient light is very slightly shaded. So, it does not disturb customer’s sight. 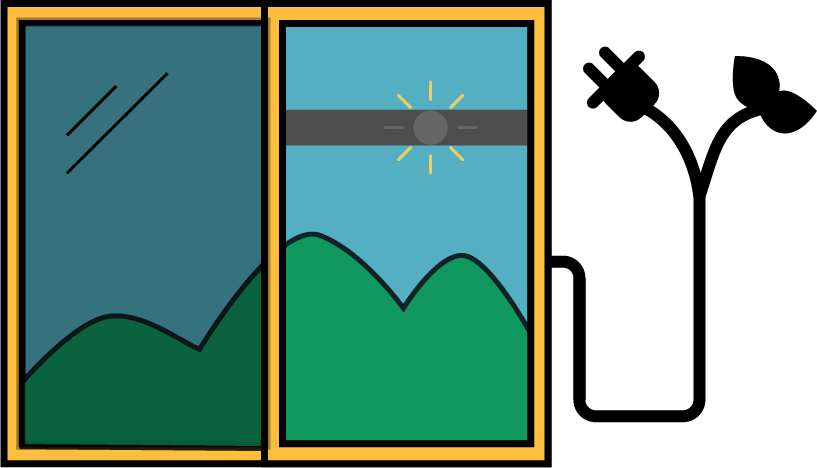 It is because the driving voltage is as low as 5V or less. And the specific transmittance preferred in the primary use environment is given in voltage off-state. 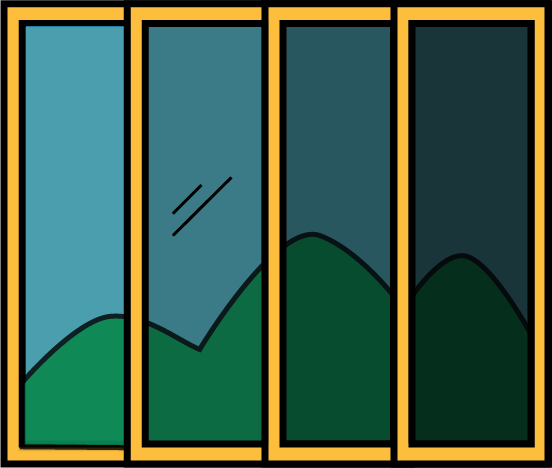 Off-state(power off) transmittance to be a specific value between the highest and lowest, used for most of the time spent at wheel could be selected by users.

Drivers are sometimes blinded by the Sun.

Especially when the Sun is low on the horizon such as after dawn or before dusk, direct sunlight can shine through the windshield at a location below the reach of the sun visors and shine in the driver's and front passenger's eyes, making their eyes blind momentarily and so creates dangerous driving conditions.

It can replace the blinds or curtains indoor.

Liquid Crystal is a material that plays a key role in LCD. In the intermediate state between solid and liquid, the arrangement is changed according to the voltage to block or pass the light. The most basic principle of LCD TVs is the 130th anniversary of its founding this year, and it was the 50th anniversary that was made with LCD panels. This is a long and proven technology.

The NDIS SolTracer is a kind of intelligent tinting. It protects the eyes of the driver by blocking light coming in from outside (mainly sunlight). If you lower the voltage, the window becomes less darker, and if the voltage is higher, the window will be darker. Compared to suspended particle devices (SPD), which are dependent on imports, the price of SolTracer is one-third of SPD and the response time of LC is much faster than that of SPD. Kwon said, "If the price of SPD is 300-400USD per square meter, SOLTRACER price is 100USD only. For electricity usage, the SPD requires 3.5 watts(W), while SOLTRACER only uses 0.5W. " Currently, the mass production equipment design has been completed by the roll-to-roll (R2R) method.

This year, the 2nd International Exhibition on Information Display (IMID), which provided the exhibition booth, attracted a lot of domestic SMEs who challenged to enter the market. As a combination of professional academic conferences and exhibitions, a variety of products have emerged, ranging from R & D equipment to commercial products. It is a desire to find business opportunities in the domestic and overseas markets, starting with IMID exhibition. At the IMID 2018 exhibition held in BEXCO, Busan from 29th to 31st of 2018, a number of high-tech products of domestic SMEs appeared. Founded by Hoseo University professor Kwon Soon-bum and a team of researchers, NDIS has developed a smart window 'Sol Tracer' that is more effective in blocking sunlight than conventional smart windows for automobiles. This product automatically detects the solar altitude and location by adjusting the voltage to intensively block the sunlight.
The existing Smart Windows have a disadvantage. For example to shade the sunlight, the whole field of view darkens and the glare caused by the sunlight can not be blocked properly. The NDIS Smart Window keeps the ambient light intact, sensing the location of sunlight with high visibility, and is highly effective in shielding. Kwon, Soon-bum, CEO, said, "The cost is lower by one-third than the competing technology, Suspended Particle Devices(SPD), and the power consumption is as low as one-fiftieth."

According to market research on Smart Glass Market by Technology, Application and Geography - Global Forecast to 2023, dated Sep.1, 2017, Smart glass market is expected to grow at a CAGR of 16.61% between 2017 and 2023 and Transportation and architecture applications are expected to hold significant share of the smart glass market by 2023”

The smart glass market is expected to reach USD 8.35 billion by 2023 from USD 3.32 billion by 2017, at a CAGR of 16.61% between 2017 and 2023. The growth of this market is mainly driven by factors such as growing demand for smart glass in automobile applications, strong government support through mandates and legislations for energy-efficient construction, and optimal energy saving through smart glass applications.

Smart glass is ideal for automobile, aviation, and other transportation applications requiring heat and glare control. In the automotive sector, smart glass is used in applications such as rearview mirrors, windows, sunroofs, and windshields. Smart glass provides protection from harmful ultraviolet (UV) rays, reduces glare, helps control heat inside the vehicle, and minimizes the energy consumed over temperature maintenance.

The transportation and architecture are the leading applications, together accounting for more than 90% share in the smart glass market. Various benefits provided by the smart glass has led to the increased adoption of the units of this glass in the applications such as architecture, transportation, power generation plants (solar), and consumer electronics and others. Smart glass is also used in museum artwork expositions and sunglasses.